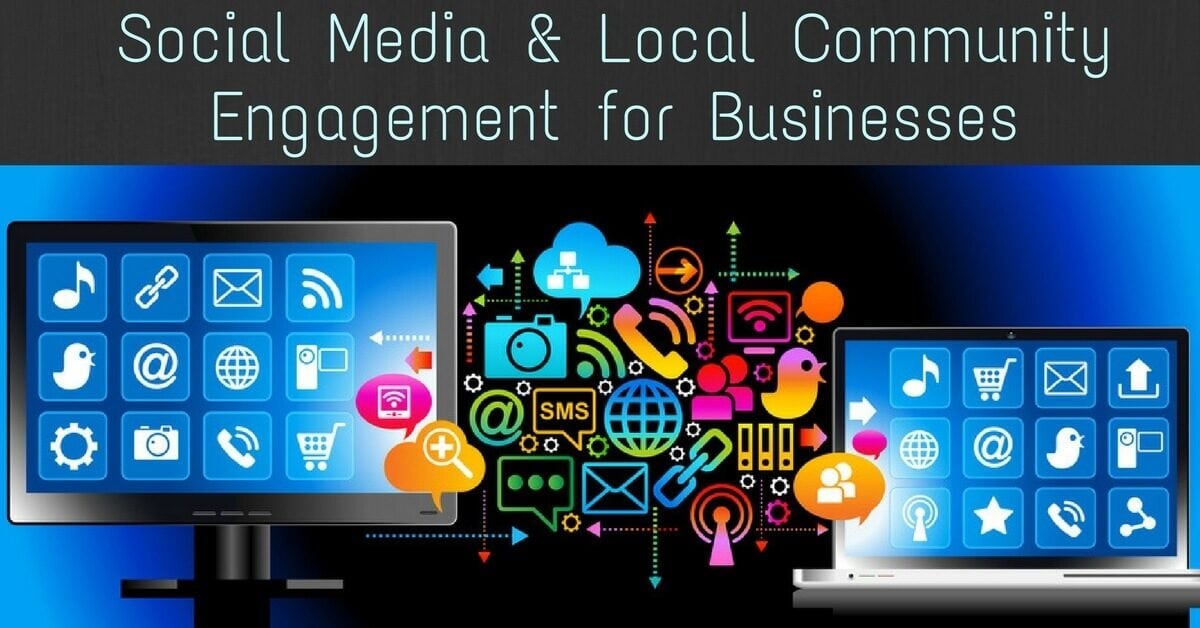 What is Social Media Engagement for Businesses?

From the outside, social media engagement may sound daunting. The key thing to keep in mind is that digital marketing is just one more iteration in the evolution of the traditional marketing strategies that we once used. Paid social is a term that is used to describe advertisements that appear on social media networks, such as Facebook or Twitter. With the proper strategies and campaigns, your advertisements appear to people in a certain location or those who display a certain interest, all based on algorithms from a social media network.

Social network platforms such as Facebook track what users “like,” and use algorithms to anticipate the content that they see. For example, if you constantly “like” posts by one or two of your friends in your Facebook feed, these posts will appear more consistently than posts by other people in your network.

In the same way, social media engagement for businesses is built to appeal to people who already show interest in a certain business or product, often popping up as a suggestion or appearing naturally alongside a post. Social media engagement gives businesses the opportunity to “interact” with potential customers as well, establishing a presence through photos, posts, and shares. This seamless way of engaging with people on social media is not intrusive and also offers the same power of suggestion that traditional advertising does.

Indeed, the majority of consumer experiences begin and take place online now – and even more so on a social media platform such as Facebook. People “share” things they like, such as business pages, or “tag” businesses as a location where they’ve had a particularly delicious meal or where they’ve just purchased a new flat-screen TV on sale. These small gestures actually raise awareness about your business in your customer’s social network. Whether you are a brick and mortar business or an online business, a visual accompanied by a personal customer testimony is significant in terms of engagement with current and potential customers.

Social media engagement also provides another bonus: a more personal interaction. The newsfeed on Facebook has been upgraded in 2017 to include videos and thus has changed the face of paid social advertising. When a customer “likes” something you’ve posted, it will appear to their greater network, allowing your business to appear to a wider audience. Furthermore, the items that you post on your own feed – whether it’s a picture or a video – can be easily shared and distributed amongst various networks. This cultivated “social media identity” gives your business the opportunity to engage with people far beyond any traditional form of advertising. If people have questions, messages on Facebook are much faster than a toll-free phone call or an email form. One survey shows that consumers expect 0-4 hours for a response, while most traditional business models take up to 10 hours on average. With social engagement, comments, feedback, and reviews are more easily addressed on Facebook. When you respond (more quickly) to a customer’s feedback – rather than send an automated message – this increases your level of engagement and cultivates an overall experience that is more personal.

The internet is a huge place, with far reaches across the globe. For your business, another important digital marketing strategy is local community engagement. Focusing on your overall branding is important, especially in your specific local area.

In return, what you get is invaluable. Engaging not only with potential consumers in your community but also your neighboring local businesses offers the opportunity to widen your social network. In fact, promoting neighbors creates a sense of care for your community, and overall gives your business a far more relatable and nurturing presence within your community.